Platypus: The Extraordinary Story of How a Curious Creature Baffled the World
by Ann Moyal
$21.95

Platypus: The Extraordinary Story of How a Curious Creature Baffled the World

This is the enigmatic story of a biological riddle that confounded scientists for nearly ninety years, challenging theories of creationism, evolution, and classification of species along the way. Secretive, elusive, and beguiling, the platypus has continued to captivate public and scientific attention to the present day.

When the first platypus specimen reached England from Australia in 1799, the scientific community claimed that it was a hoax. On closer investigation, dubious European naturalists eventually declared it to be real, though in an age obsessed with classification, the category-defying platypus sparked heated debates across Europe for a century. In Platypus, Ann Moyal provides a unique biography of one of the world's most famously strange creatures and tells the incredible story of how it became the focus of the great scientific debates of the nineteenth century. Eloquent and concise, Platypus uncovers the earliest theories and latest discoveries about this delightfully odd member of the animal kingdom.

Ann Moyal
Ann Moyal is a historian of science. She has held research and teaching positions at a number of universities and is the founder and past president of the Independent Scholars Association of Australia. She lives in Canberra.

If any animal has mystery and charisma, it is the platypus. This book tells its story, and it's a winner . . . It has something for everyone—the excitement of a detective story, the history of biological ideas. . . . Read it and enjoy.
—Nature
Few of the monotreme’s admirers have seen one in the wild; fewer still know the key roles platypuses have played in theories of evolution. . . . Moyal—a historian of science based in Canberra, Australia—sets out to tell us all this and more in a cleanly written tome combining scientific curiosities with narrative history.
—Publishers Weekly
Moyal writes a spirited and eminently readable account of this odd Australian mammal. . . . Well illustrated with period engravings of both the animal and the scientists who fought over it, as well as photographs of the living animal, this lively overview of the platypus is recommended for all libraries.
—Booklist
Moyal's sublime Platypus traces the wild and raucous history of the antipodean creature's introduction to the world. Part history, part mystery, Platypus details how the European scientific community was able to understand this Australian oddity. . . . [This book is] as remarkable and delightful as its bizarre subject.
—New York Resident 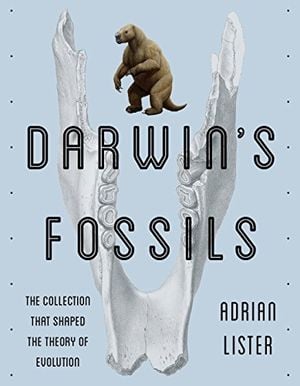 Darwin's Fossils: The Collection That Shaped the Theory of Evolution
by Adrian Lister
$19.95